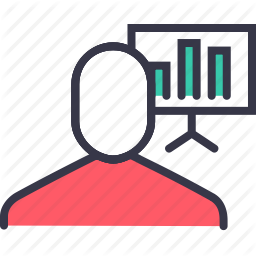 Traditionally, Birmingham has been a hub for manufacturing jobs. We are the engine room of this great country, and though for many reasons we aren’t the powerhouse we once were, through new technology and innovations we are still a force to be reckoned with. But now that manufacturing isn’t the be all and end all around these parts, which industries, and more specifically which businesses, have taken over?

Well according to the latest statistics, these are the top 10 biggest private sector employers in Birmingham:

The UK wide business is headquartered in Birmingham, from which it runs both it’s national coach service and the primary local bus service, West Midlands Travel.

The supermarket chain, founded and based in London, has four outlets inside Birmingham’s ring road, and a further four in the greater Birmingham area.

These statistics were produced when Lloyds were still Lloyds TSB, so they may have moved down the rankings recently. But even so, they still have more than 10 branches in the greater Birmingham area.

Unlike Sainsburys, Asda has no branches inside Birmingham’s ring road, but finds itself at No. 5 thanks to a strong presence in the greater Birmingham area.

RBS beats out bigger banks such as Barclays and HSBC thanks to it’s 4 Birmingham based branches.

This umbrella corporation owns several brands that stretch far across the city, including Costa Coffee, Premier Inn, and Brewers Fayre.

The name may not be familiar, but SCC are actually the biggest (in terms of revenue) privately owned company based in the West Midlands. The IT integration company has bases in France, Spain and Romania.

Similar to Cadbury, Jaguar has it’s headquarters outside of the city (Coventry), but Birmingham is very much the hub for all Jaguar car manufaction.

Providing engine management software and electronic engine controls for commercial and military aircraft, the company has branches in Derby and Belfast, but it’s Birmingham plant dwarfs the other two.